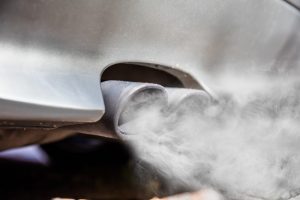 Cheshire West and Chester Council (CWAC) has been monitoring air pollution levels in and around Chester city centre for a number of years. Generally air quality in Chester is good with the exception to this an area surrounding the city centre where monitored nitrogen dioxide (NO2) levels have been consistently above the national annual objective. Consequently on 23 May 2017, the Council declared the whole of Chester city centre and stretches of major approach roads leading to the city an Air Quality Management Area. The main source of the pollution is traffic emissions and the Council have been exploring measures to reduce these emissions.

In early 2020 CWAC developed an Air Quality Action Plan (AQAP) and carried out a consultation exercise based on this document. Chester Cycling Campaign was concerned about the lack of ambition contained in the consultation document, particularly with regard to the need to encourage a modal shift away from motor vehicles towards less polluting means of transport for shorter journeys. A worrying aspect of the proposed plan is the general lack of information on pollution levels at peak times – the only real-time monitoring site in Chester, for example, (according to the CWaC website) is on the heavily trafficked Boughton arterial route. All other readings are by means of an ‘averaging method’ of monitoring using “diffusion tubes” which inevitably cannot give any indication of peak levels.

This issue is of particular importance to vulnerable sections of the population, especially children, either walking (or even cycling) to school. Ironically, children being driven to school in cars generally experience worse levels of air quality, since air intakes in vehicles, typically, are sited at exhaust level of any vehicles in front.

The Campaign submitted a detailed response to the AQAP consultation based on work carried out by a number of Campaign members. This document argues for the need to develop rigourous measures to encourage a modal shift towards walking and cycling, and for the creation of a low emission zone for the city centre.

We have also released a Press Release outlining our suggestions for how the council’s plans might be improved and made more robust:

The Campaign now awaits the outcome of the consultation. Meanwhile, we continue to campaign for infrastructure improvements for cyclists across the borough!